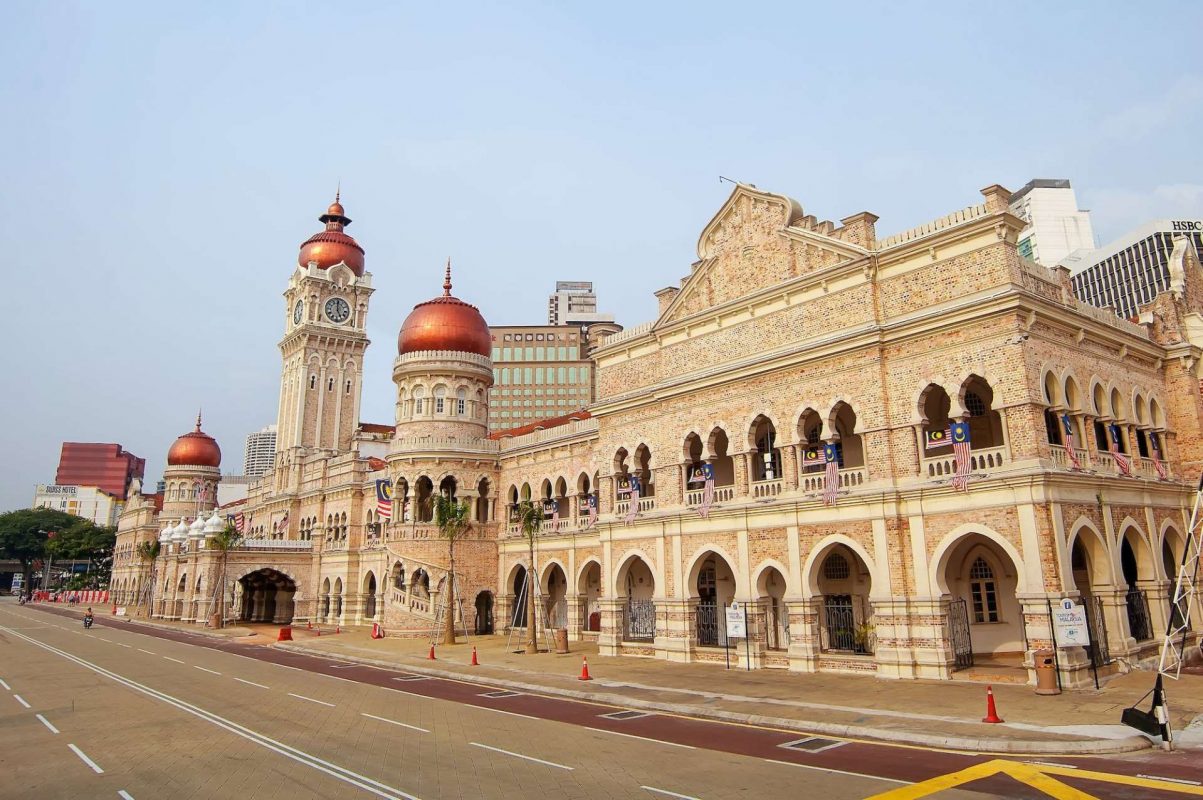 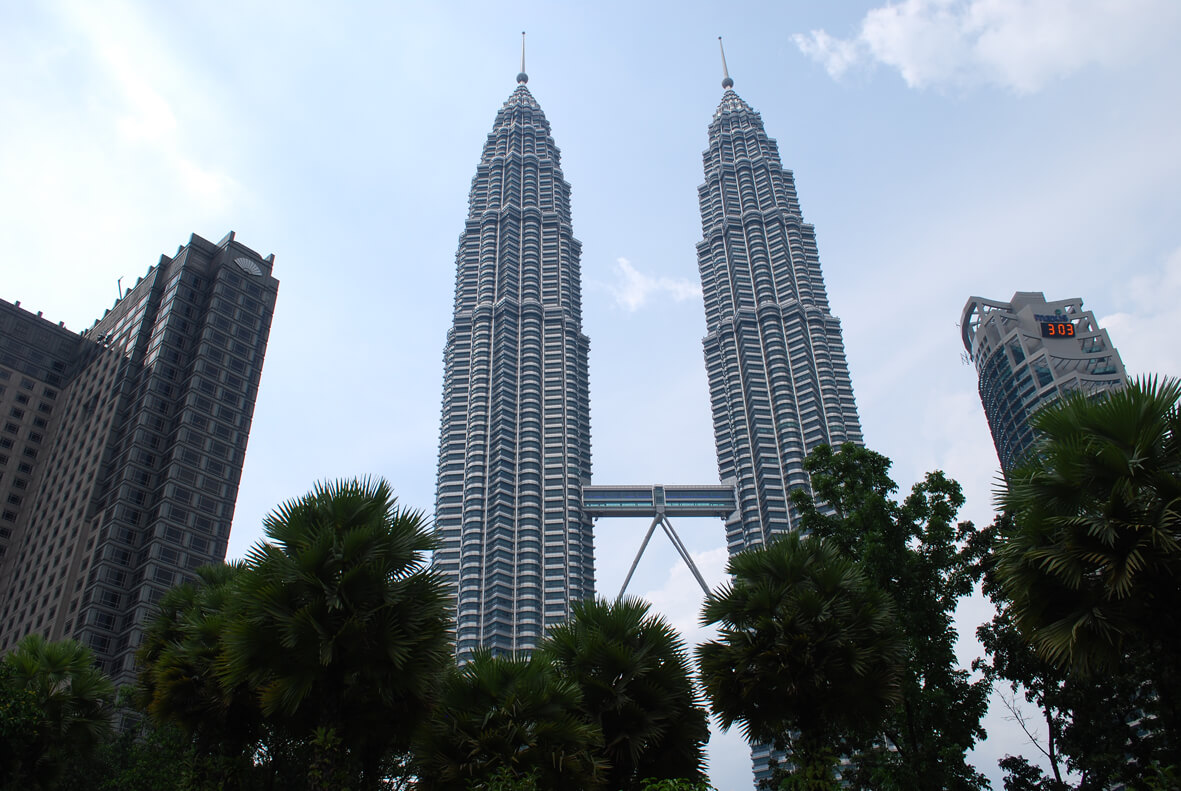 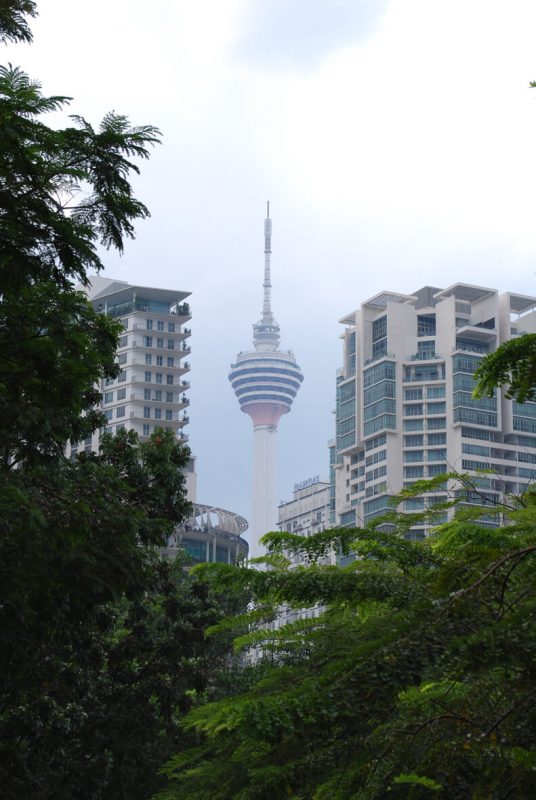 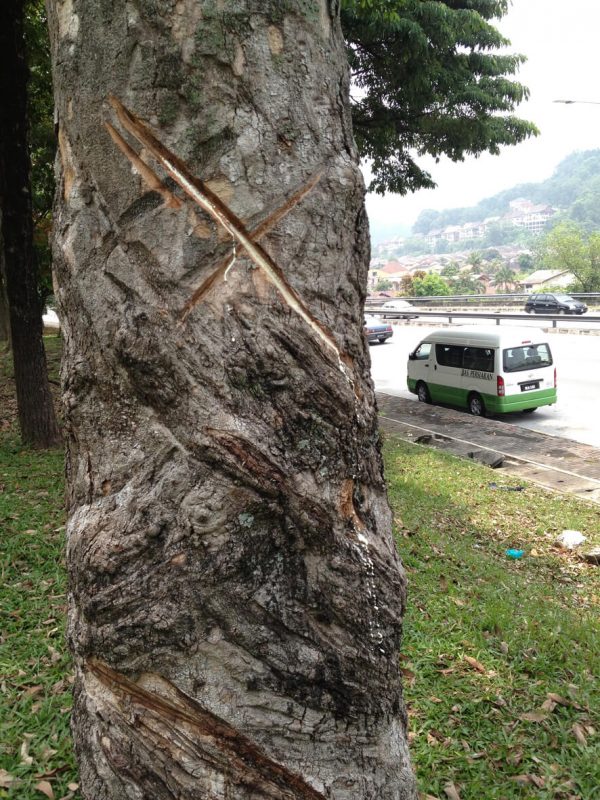 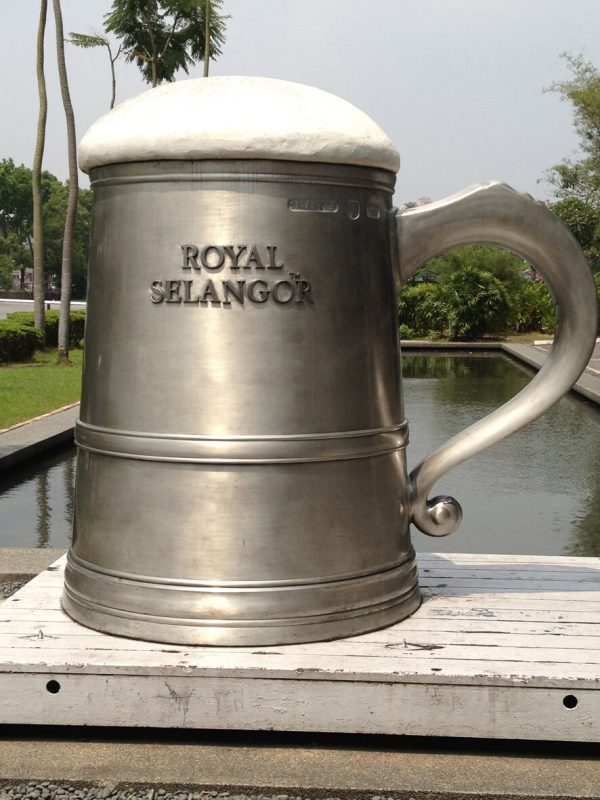 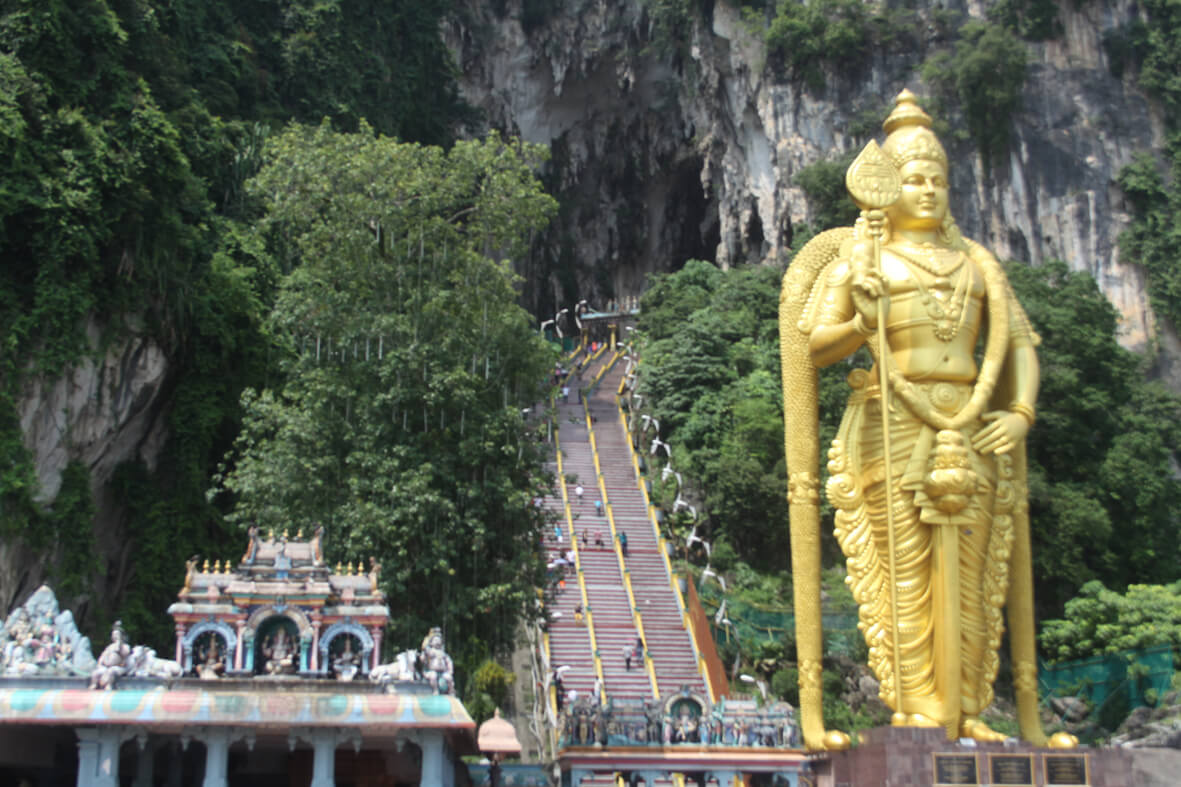 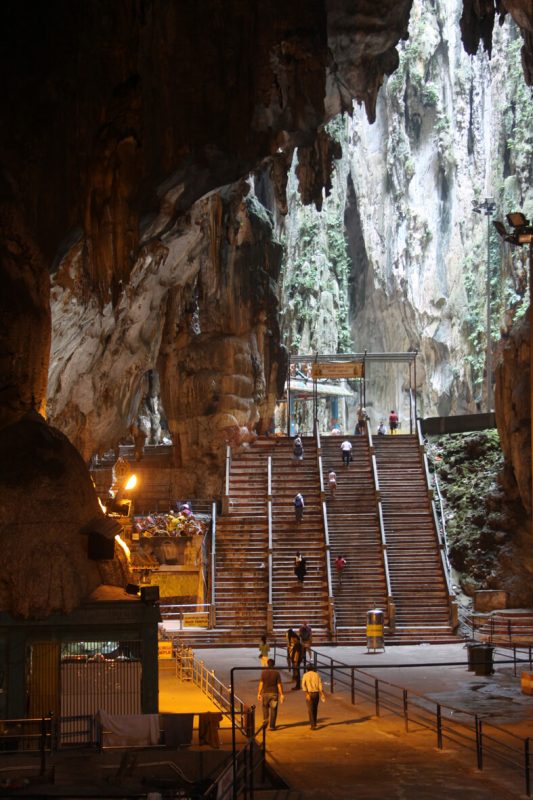 An interesting tour that unfolds the beauty of Kuala Lumpur – Garden City of Lights: a city of happy contrasts, a vast appeal of the “old” and the “new” infrastructure: from the height of modern sophistication to old world charm, the seamless blending of its colonial and oriental landmarks and architecture. Take in the sights, sounds, smells and most of all, the warm smiles of Malaysians everywhere! 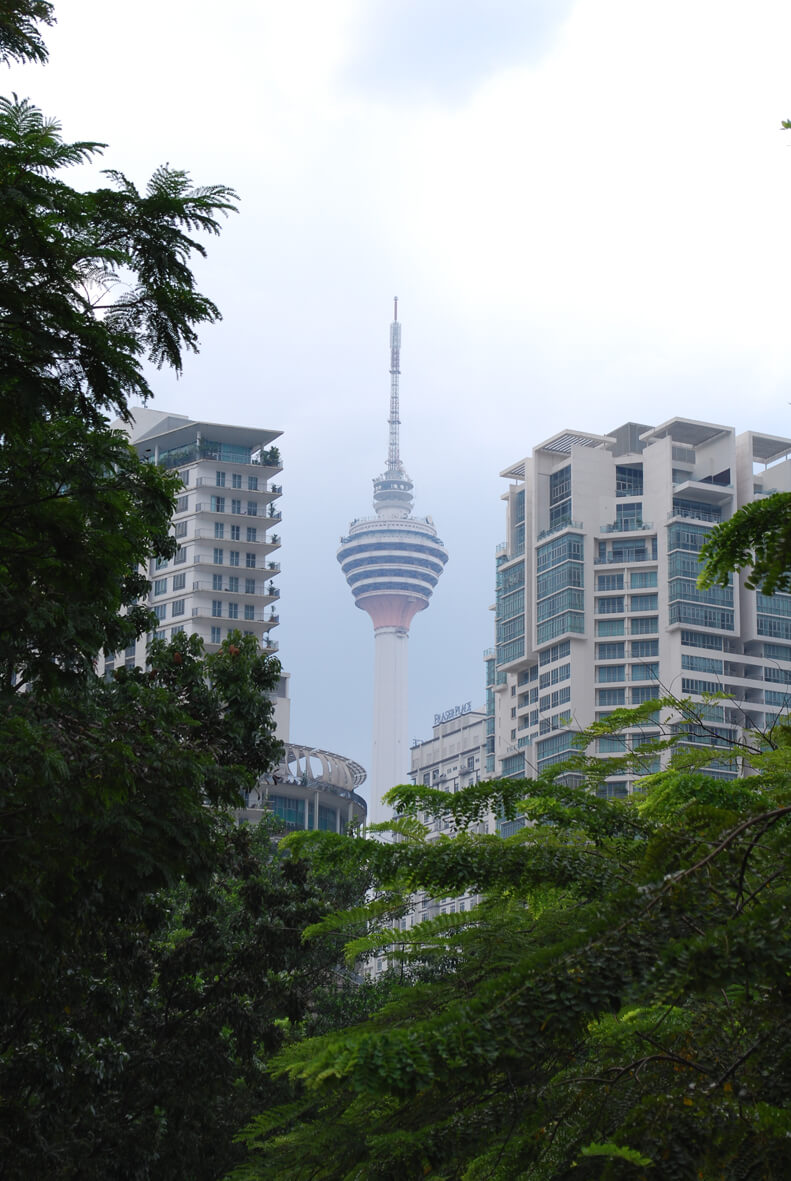 This trip to the outskirts of Kuala Lumpur will give you an insight into parts of the city which are not seen by many visitors to Malaysia. The tour passes through Malay villages and rubber plantations, areas which were once tin mining areas on the outskirts of KL. 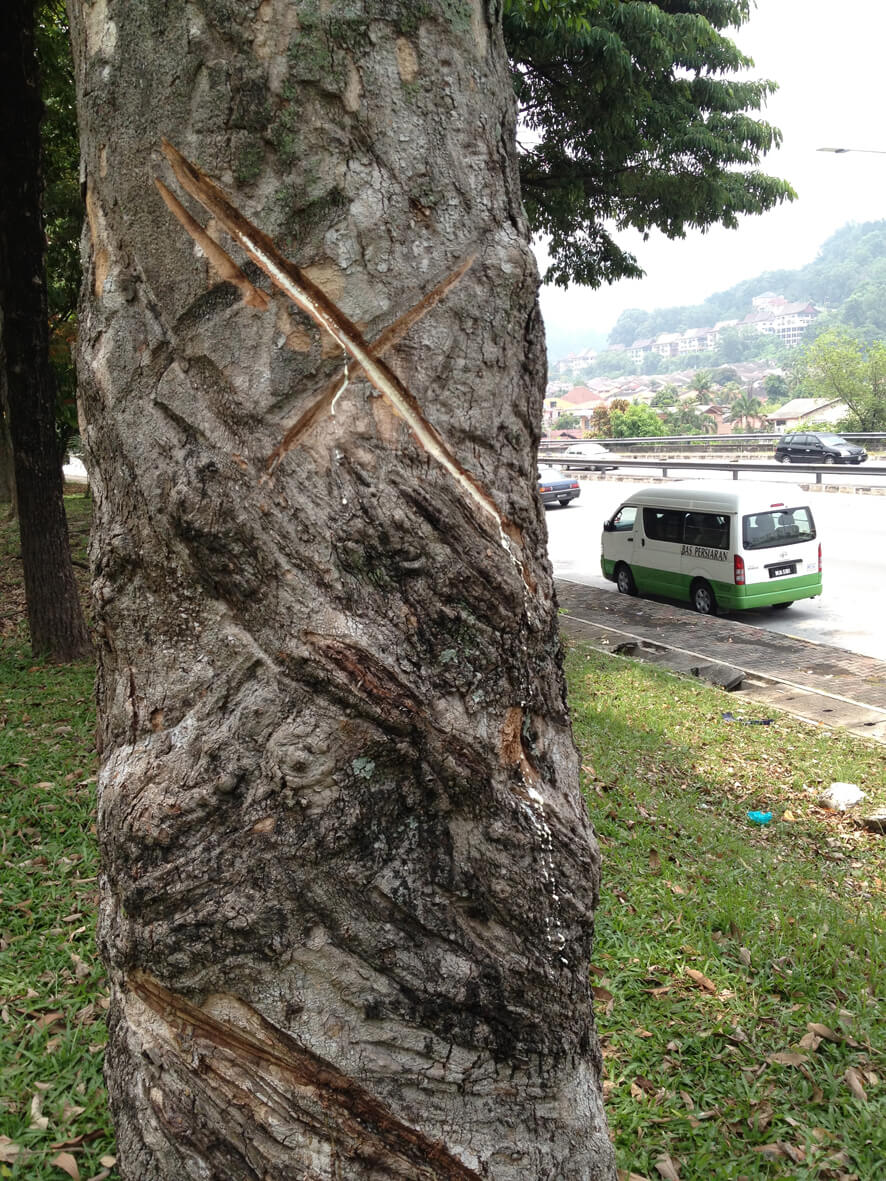 Your first stop will be the Royal Selangor Pewter factory which is the largest and most modern pewter factory in the world, known internationally for its high quality and craftsmanship. You will be shown the different processes, such as casting, filing, polishing, soldering, hammering and engraving during this factory tour. 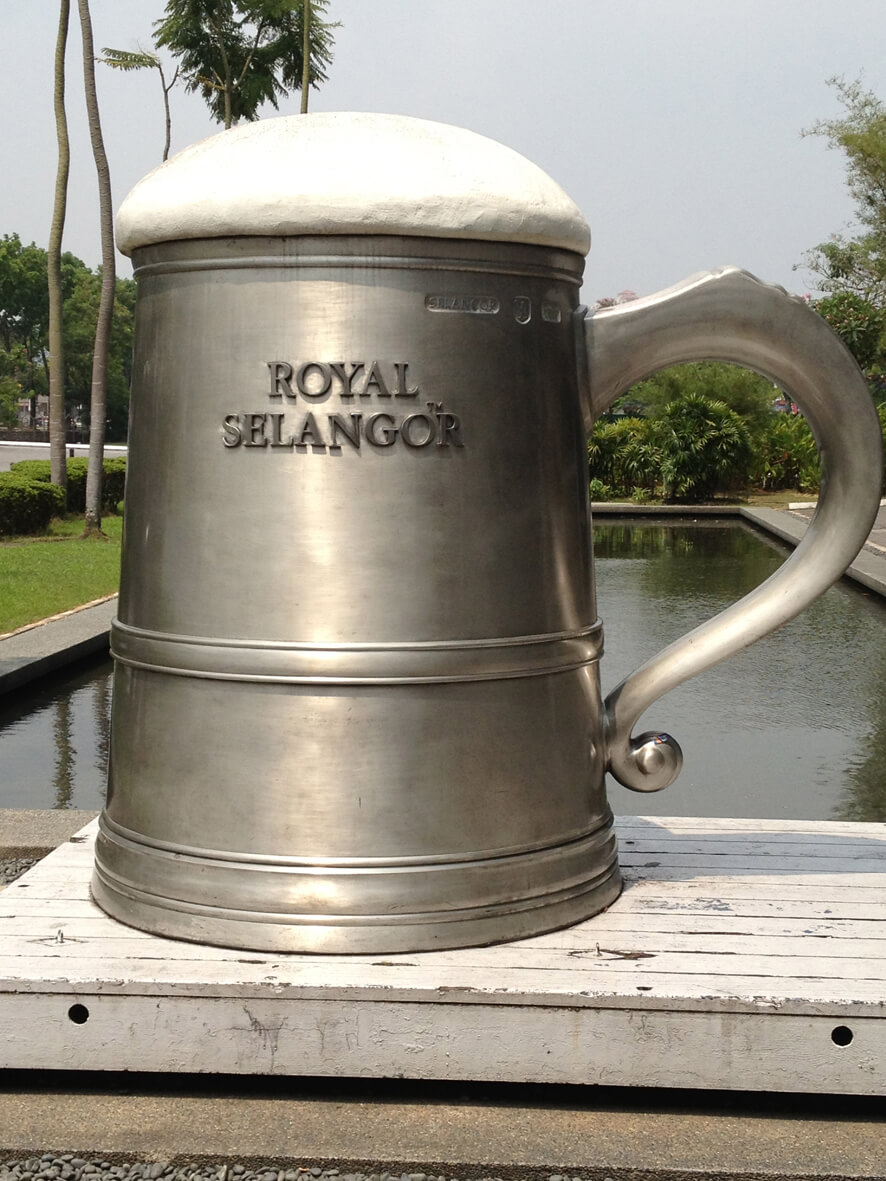 Your tour next takes you to the fascinating beauty of the limestone hills of Batu Caves. The Caves consists of three caverns and several smaller caves. It is the shrine of Lord Murugan, a Hindu deity – a flight of 272 steps lead up to the temple cave and the shrine of a Hindu deity, Lord Murugan. At the bottom of the steps is the world’s tallest statue (42.7 metre) of Lord Murugan. Another cave, known as the museum cave is filled with images of deities and murals depicting scenes from the Hindu scriptures. The Caves are the site of important Hindu celebrations like Thaipusamwhich draws crowds of devotees and visitors year after year.

Your next we stop at Batik Factory – see how Batik is designed and printed. 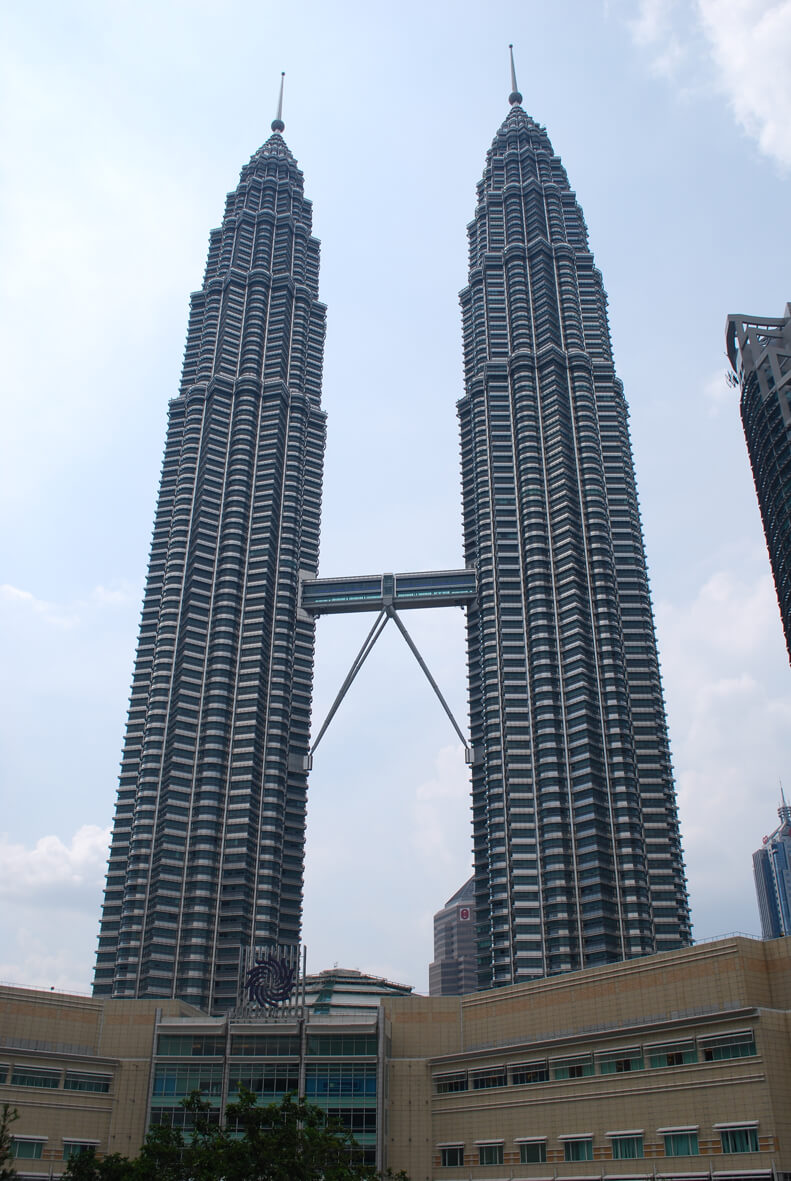 This is a combination of the two tours above. The tour starts with the city tour, and after lunch (lunch is not included in the price, but time is allowed for you to have a break and something to eat), you will continue the tour to the “country-side”, arriving back at your hotel in the late afternoon.

A great way to see the best of KL in a day. 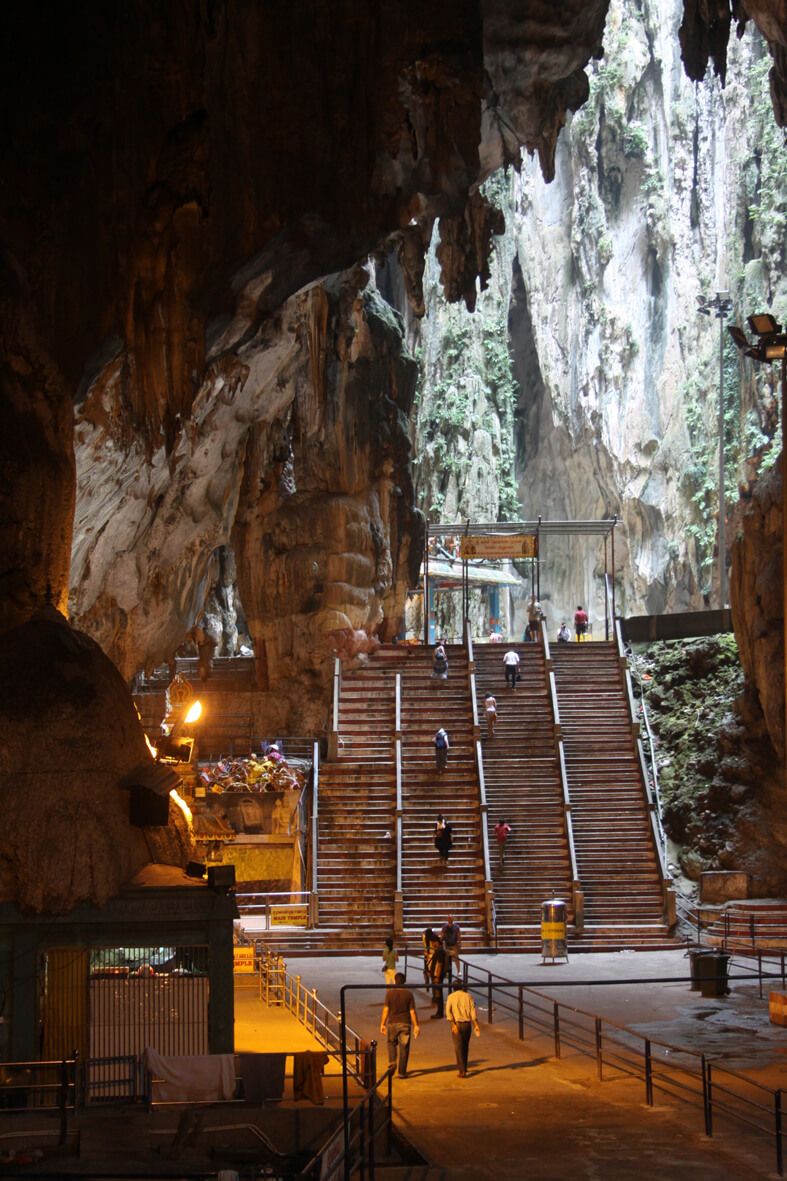 This tour brings visitors to one of the highest towers in the world, the Menara Kuala Lumpur Tower, valued for its unique Islamic architectural heritage. Standing at 421m above the ground, visitors are able to see by day, a clear view of Kuala Lumpur valley in an instant and by night, a bird’s eye view of the city lights. On the other hand, the Petronas Twin Tower, one of the tallest buildings in the world, stands as a magnificent centre piece of Kuala Lumpur at 451m. The 88-storey towers are largely constructed of reinforced concrete with a steel and glass facade designed to resemble motifs found in Islamic art. A sky bridge links both the towers on the 41st floor, giving visitors a magnificent view of the city.

Our Cultural Night Tour revolves around the very old temple, Sri Mahamariamman at Jalan Bandar. Being the most elaborate Hindu temple in the country, the Sri Mahamariamman temple was built with such an intriguing design – its shape resembles a human body lying on its back with the head facing west and the feet pointing east.

Next stop is Petaling Street, located in the heart of KL’s China Town. It is a bustling, gaily lit night market with a carnival like atmosphere.

This is followed by dinner at a local restaurant offering a vast selection of Malay cuisine enhanced by a cultural performance.

A delightful comprehensive tour tailored for visitors wanting to see the best of the city and its outskirts. The focus of this tour is the contrast of urban and rural Kuala Lumpur. Visitors will be able to see historical and modern buildings and landmarks, Malay villages and non-residential areas, which creep out into the forest clad hills of Kuala Lumpur. This tour offers an insight into Malaysia’s multi-cultural society, and also introduces you to pewter, a unique local handicraft of international renown.

Muddy Estuary is indeed the English translation for the Malay “Kuala Lumpur”. 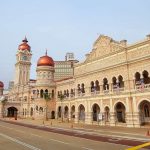 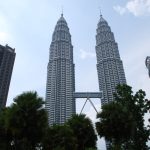 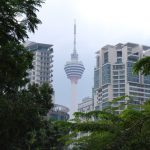 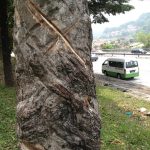 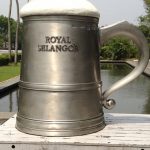 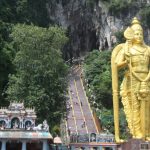 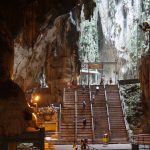