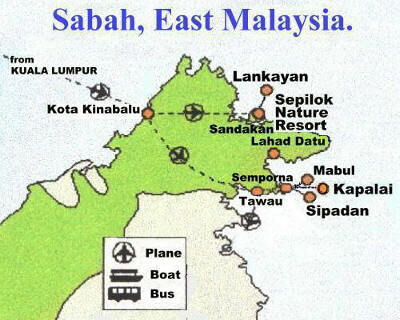 MAP SHOWING DIVE RESORTS IN THE EASTERN PART OF SABAH

Sipadan Island has been closed since 2003 to all accommodation. This small tropical island is to  be preserved by the Malaysian Government as a World Heritage area. For this reason, all existing structures on the island have been demolished and all dive operators have moved to nearby islands to build their new bases to bring divers in for the world famous Wall Diving called “DROP – OFF” at Pulau Sipadan. 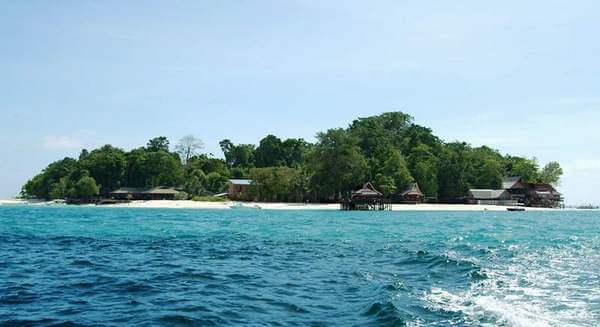 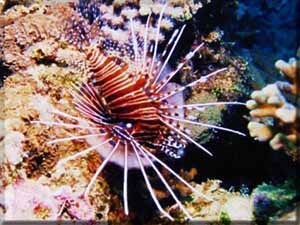 Sipadan is located within the Indo-Pacific and offers one of the richest concentrations of marine-life in the world. The island of Sipadan is actually a rocky outcrop which rises dramatically from the ocean floor. The island has a perimeter of less than 1600 metres, and an area of about 12 hectares. The fringing reefs are in all about 10-15 times the size of the island. From the edge of any part of the reef, the drop-off is up to 600 metres.The island is currently in the care of the Wildlife Department under the Ministry of Tourism and Environmental Development.
If diving at Sipadan, you can pack your tank and dive gear and walk across the beach, wade through 3 to 6 metres of water, and then off you go on a 600 metre wall dive! The contours of the drop-off also form gullies and overhangs and together with the marine life combine to offer magnificent diving. 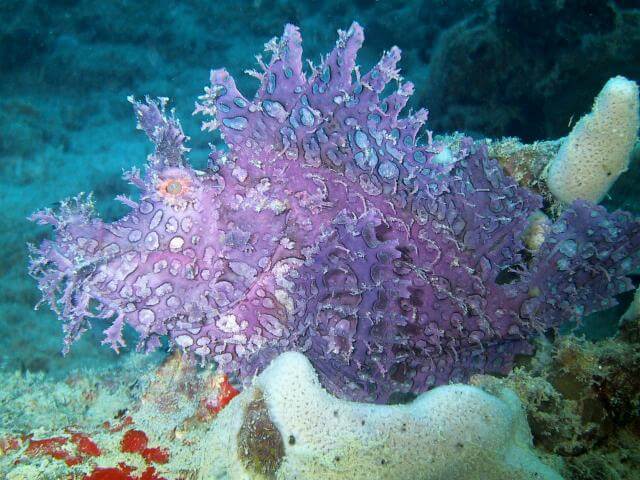 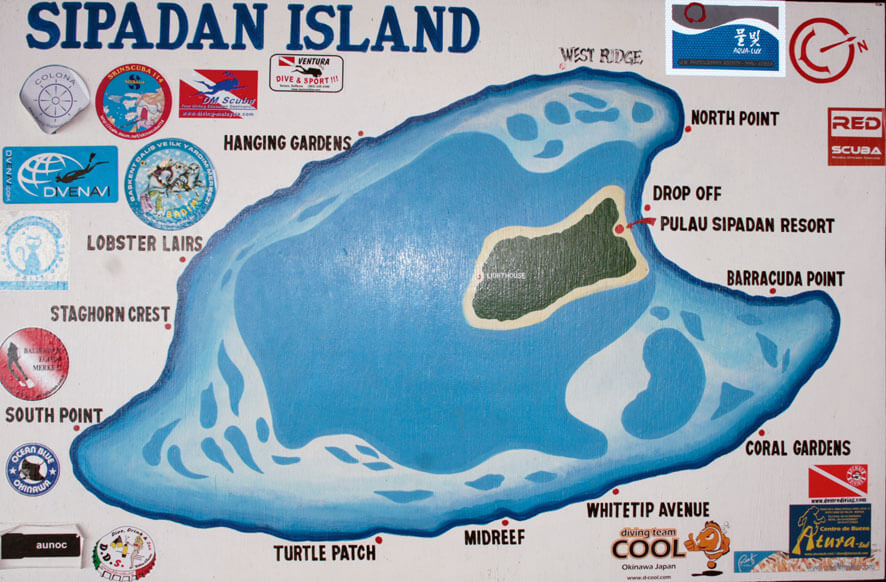 SIPADAN DIVE SITES – NOT SHOWN ON THIS MAP IS TURTLE TOMB, LOCATED BETWEEN THE JETTY (DROP OFF) AND BARRACUDA POINT – A MUST DIVE SITE!

As a diver, once you dip into the water, you will be welcomed by the abundant coral growths of all sizes and colours, frequented by masses of marine life such as Turtles, Barracuda, Hammerhead Shark, Giant Parrot fish, Manta Ray, Lionfish, Sweetlips, Goby, Jackfish, etc. 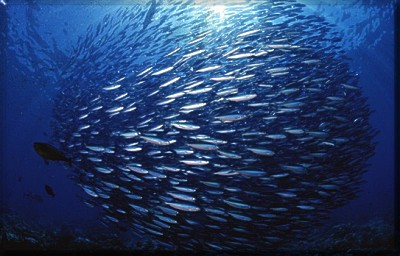 SCHOOL OF BARRACUDA NEAR SIPADAN

Favourite dive spots on Sipadan include:

Sipadan has an incredible variety of coral, huge schools of Barracuda, Jacks and sharks.

You can dive here all year round. Overall, the best conditions at Sipadan Island exist from April through to December, especially July and August. January to March can see some unsettled weather and a decrease in visibility but the island still sees plenty of divers at this time as the diving can still be fine. 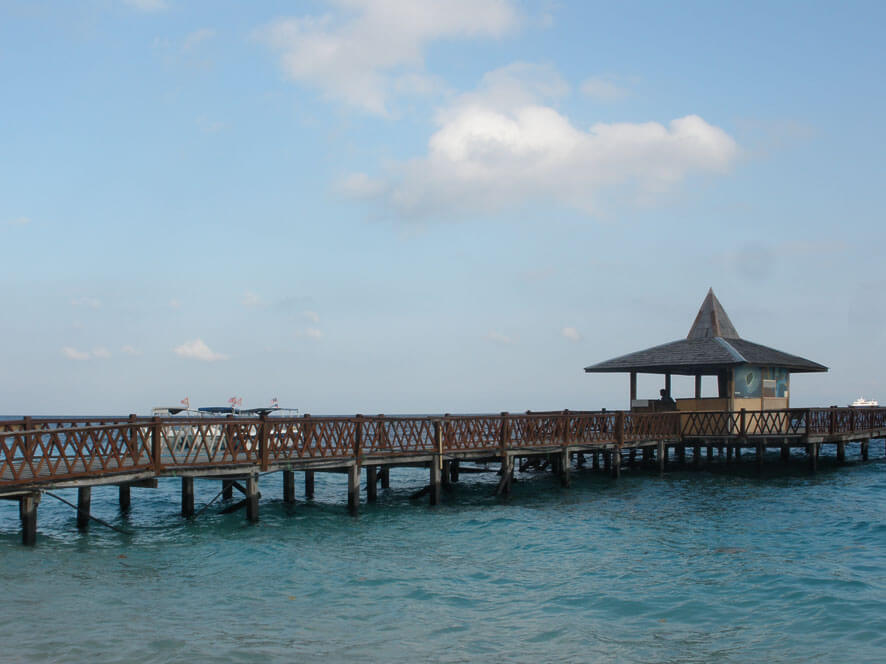